Australians inspire me to make trouble.  If you’re going to South By Southwest Education Conference in a couple weeks, come hear me plus three crazy Australians on March 9.   We are presenting a panel on, “Science Refugees.”  Also, Jayde Lovell is giving her own talk at SXSW Interactive on “narrative selection.” 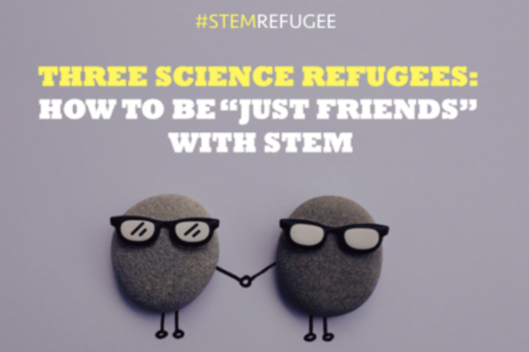 THREE AUSTRALIANS PLUS A WANNABE. Jayde Lovell, Bec Susan Gill, Rod Lamberts and I will talk about life as “science refugees.”

The lovely and talented Jayde Lovell will introduce the concept of “narrative selection” with this talk at SXSW Interactive.

My Story Circles Narrative Training co-conspirator Jayde Lovell is the ring leader responsible for getting us to South By Southwest in a couple of weeks.  For over two years I’ve been working with her and going from fan to loyal follower.  She is now the head of her own science PR agency named ReAgency, runs Sci Q, her own science channel on The Young Turks Network, her own space at the Youtube Studios, is the head of social media for the Tyler Award for Environmental Science, is Chief Storyteller for The Science March, won the National Academy of Engineering’s Next MacGyver contest, and is the funniest person I’ve met in decades.

Suffice it to say, we’re gonna have fun in Austin.  Come join us if you’re there.