This is the first of three posts about what I believe to be a new and valuable communications tool. I have been trying since last September to interest the major political blogs in The Narrative Index (or N.I.) but they seem to be skeptical of both its newness and simplicity. Let’s see what you think. The data speak for themselves. 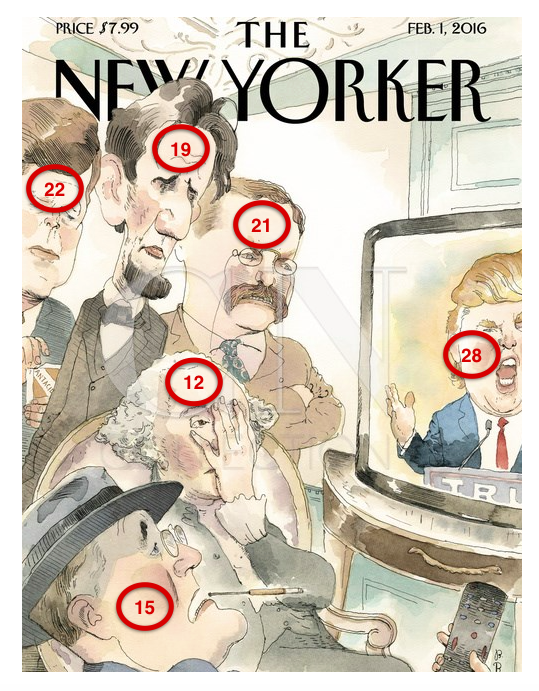 DO THE MATH: Guess where these posts are going to lead.

AN INDEX OF NARRATIVE STRENGTH

Some texts grab your attention and don’t let you go. Other texts put you to sleep. Wouldn’t it be nice if there were a single number that reflected this property?

Just over four years ago when I came across the extremely simple concept of “The Rule of Replacing” (as espoused by the co-creators of the animated series “South Park”) I found myself saying “surely it can’t be that simple.” Since then I’ve put that skepticism to the test though countless talks, a TEDMED presentation, a letter in Science, a webinar, and finally an entire book about it last fall titled, “Houston, We Have A Narrative.”

My main activity this year is fulfilling the vision of the book — propagating the ABT Framework by creating Story Circles Narrative Fitness Training which you can read about on our website. The next event will involve 40 biologists from USDA, USFWS and USGS next week in Ft. Collins, Colorado.

As a result of all this effort, I’m now certain that narrative structure, at it’s core, is indeed as simple as ABT. So what’s next?

Last summer I had a new revelation about the ABT template. It was the thought that if you were to use the Rule of Replacing, all else equal, when you finished with a given text you would have altered the ratio of the number of “buts” to “ands.” This ratio becomes a single number reflective of the strength of the narrative content of the material. Here’s how it works.

“But” is the word of contradiction in the ABT. It is the heart and soul of narrative. There are lots of other words of contradiction (however, despite, yet), BUT … if you were to quantify it, you would easily see that BUT is the most common.

In fact there is a website that presents the 5,000 most common words in The Corpus of Contemporary English. Here’s how a few interesting words score on that list (how frequently they are used in the English language):

“But” is the only connector word of contradiction in the top 100, aside from “or” which doesn’t have any narrative strength.

“But” is central to having good narrative strength. At the other end of the spectrum (specifically “The Narrative Spectrum” as I labeled it in my book) is the template of, “And, And, And” text or AAA. This is text that is almost devoid of narrative content — just a string of comments tied together by the word of agreement, “and.”

The bottom line is that the more times you are saying “but” relative to “and” the more narrative strength there is to the content you are presenting. To quantify this ratio I have created this single calculation:

I’ve had lengthy discussions with colleagues — especially my old buddy Bill Dennison at University of Maryland Center for Environmental Science, who will be posting his own essay tomorrow on applying the Narrative Index to the co-discoverers of the theory of evolution by means of natural selection, Charles Darwin versus Alfred Russell Wallace. Out of those discussions I’ve opted for simplicity by just keeping it as the ratio of buts to ands, multiplied by 100 to make it a whole number.

To calculate it for a given text, all you do is copy the material into a word processor, search for “and” and “but,” record their abundances, then divide.

That’s actually a pretty high value, but to be expected for the front page of the NY Times — no room for ambling, unfocused AAA presentations there.

So that’s how simple it is to calculate. Try it for yourself on a body of text. In the next post I’ll set to work showing you the patterns that emerge for everyone from scientists to politicians.